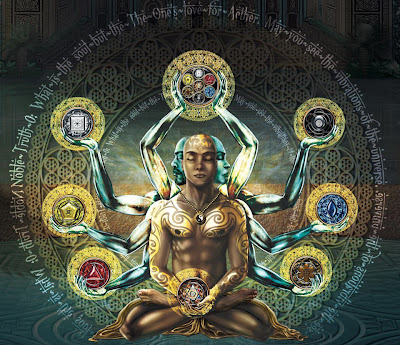 The Heart of Unity Consciousness
Sunday, January 6, 2013
AugureyeExpress
So, here we all are in the afterglow of what should have been a celebration on a planetary scale, humanity’s coming of age party at the end of the Mayan calendar. Was it everything you expected, or were you disappointed? It depends. If you viewed things intellectually thru the brain, you may well have concluded it was just another non-event like Y2K, or a dozen other such doomsday scenarios of the last couple decades. If however, you viewed the recent pinnacle of the shift of the ages thru your heart, an entirely different reality was revealed, and is still unfolding around you.
Have you noticed that people are more polite and courteous just recently, and maybe even a bit happier? Have you had a really significant recent spiritual experience or vision when you least expected it? Has your inner voice been advocating a letting go or releasing of restrictive old interactions which no longer serve your growth? Have you been increasingly aware of this being the perfect time for new beginnings? Congratulations if you answered yes to some or all of those questions, as you are operating from your heart, and bringing the brain along for company: as it should be.
Another thing that’s becoming more apparent all the time is that we are now definitely out beyond the reach of history. What does that mean, you may ask, well it means that unlike the ‘before times’ we cannot look back to or fall back upon history to guide us in this new epoch we’ve entered. It really is the dead past! People everywhere are awakening to the harsh cold reality that all the old edifices are crumbling under the weight of their own corruption, at the precise time when those Piscean energies which supported them have disappeared under the brilliant dawn of the Aquarian age! 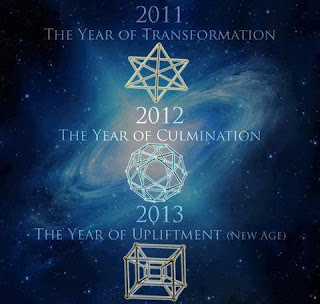 Our hearts are full of this wonderful buoyant new energy which at times can give the impression of being ready to just burst out a set of wings and take flight…we get that taste and feel…and we want more, we want it to expand and carry us along with it, yet we find we are still tethered to that old dead paradigm through emotions, memory and programming. Lots and lots of old, obsolete, limiting programming. Lots of memories too, both good and bad, and with the emotional charge still attached to them. Yes, we have lots of attachments, and there will never be a time when those lines of tethering energy are easier to sever than right now. Many of us are naturally reluctant to cut those ties for in a way they have helped shape who we have become, yet in order to become more, we must cut away the ties that bind. If this is something you are currently dealing with, it may help to remember that when you sever those energetic and emotional ties to another person both of you are free from that ‘contract’ and liberated, whether you remain in each others lives or not. What a wonderful gift to give someone, and yourself. 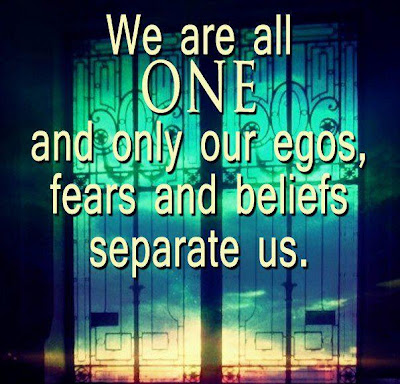 We have left behind the formative chrysalis of third dimensional reality to discover we are no longer the caterpillars which entered but are now a free and beautiful winged entity…well nearly free, still a few more strands to cut before flying free; but with that new found sense of beauty and serenity, there is no going back. We are on our way. Maybe we don’t have a rand McNally road atlas, but we’ll all figure it out together along the way. Unfortunately all that is vile, ugly and evil about this world didn’t magically disappear overnight two weeks ago. Although that would have been acceptable to me, I really didn’t expect it to happen. We certainly seem to have an awful lot of cleanup work ahead of us. Those who have used humanity as a renewable resource for so long are on their way out, I think even they can see that now, which is going to make them more dangerous and unpredictable to be sure. Rest assured “they” will continue to attempt to hijack this great awakening, just as Hitler vainly attempted to save his Third Reich even when he knew Germany was defeated. After all, “they” are all psychopathic sycophants and dilatants so don’t expect them to go down without a goodly amount of chaos, but go down they will even if it take a decade, or a generation, their day is done.
I believe that unity consciousness is our destiny as evolving, spiritual beings, and that the gateway is through the human heart. We’re learning things about the heart we never knew or suspected, like the fact the heart sends more information to the brain than vice versa! How about the fact that the heart creates its own electromagnetic field which can extend out to fifteen feet and influence the emotions and energy of those around us, a kind of morphic field, and a new way to communicate! 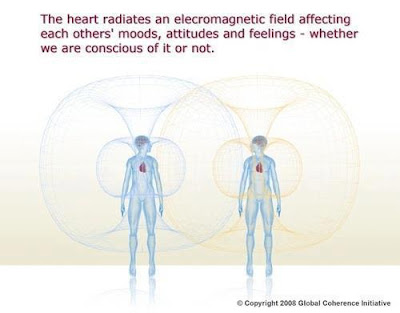 We Are All One
Unity consciousness is so much more that embracing the concept that we are all connected to the collective consciousness of humanity. It is embracing the reality that we are one with the universal mind, the source. When we look into the eyes of a lover, friend or enemy we are not seeing our brother or sister, we are seeing ourselves; reflected and deflected thru filters and layers of understanding and remembering. The ultimate goal in all this, I believe, is for all of humanity to remember that all there really is, is Love.
I always find it oddly ironic that the master plan of the psychopaths in power is really just an evil distortion of unity consciousness. While we envision a peaceful future where humanity has embodied the spiritual resonance of heart centered unity, co-operation and love; “they” would eagerly turn us into the Borg collective with their transhuman agenda.
I am reminded of an old butter commercial where the tag line was, “It’s not nice to fool Mother Nature!” The powers that be are now in the process of learning that lesson. In their utter arrogance they actually thought they could use an assortment of high tech scientific hardware and other pacification technologies to put humanity in a state of arrested development, below the threshold of evolution, and keep us there as perpetual slaves. Just how deranged do you have to be to think you can derail a process you don’t understand and cannot control? As for the rest of us, well we are learning an important lesson as well…about blindly allowing a band of criminal psychopaths to rise up and take control of this world as we waited for someone to save us. We’re learning that we are the ones we’ve been waiting for! 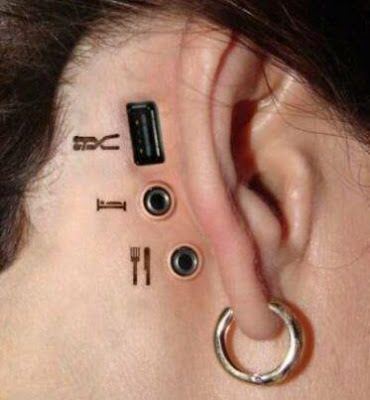 The system now crumbling down around us does not contain the mechanisms of reform. This system was never meant to be equable, its very structure precludes fairness and equality in favor of enriching the select elites and their slavering followers who always seem to think their co-operation will be rewarded. The whole thing is just a house of cards, ready to collapse. The elites are currently propping up the facade for a little longer as they attempt to wring every ounce of treasure & resource possible out of it before stepping away, and letting it all crash down for good. None of these people are the least bit invested in ‘saving’ their system…or us. They intend to be safely tucked away somewhere when the final crash happens, believing the rest of us will be too consumed with survival to form a posse & hunt them down. They are so very pleased with themselves. They think they will never be held accountable for their crimes against Earth and her passengers; and they might just be right. However, if they are wrong, and one day must face us and answer for their actions, how we deal with it will define us, and our destiny as a race. 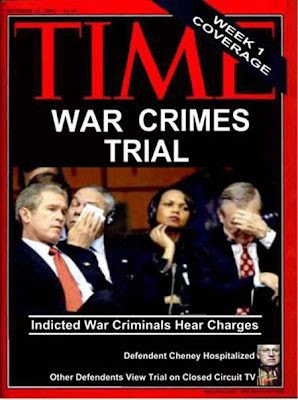 If the Neocon war crimes trial ever begins we had better be ready to embrace them with unconditional love, forgiveness and compassion, after all, they are very sick in the head. If we fail to do so, and instead favor treating them as they have treated us, then we have learned nothing, and failed our greatest test as a species. If we have truly embraced unity consciousness then we will just know in our hearts how to best deal with the situation. It must begin here and now, in our hearts. We need to cultivate and explore the resonance of unity consciousness, to make it a fundamental part of our souls. We need to remember that we are all one, that separation is an illusion, and revenge is never sought by a loving, compassionate heart. There is an old saying that seeking revenge is like drinking poison believing that it will kill your enemy. I wonder, have we come far enough down the path to see that, to really understand it? As Gandhi said, “An eye for an eye leaves the whole world blind.” Certainly, those who would stand trial need to be held accountable for all they have done. Their souls are contaminated, distorted, and decidedly dark. Instead of punishing them with pain & deprivation we must seek to re-habilitate these souls, to save them, as it were, and ourselves. The reason is really simple, we all came here together, a group soul complex, and as we continue our sojourn back home to source, we must return as a unified whole, with no one left behind. (1) That alone kinda makes the case for unity consciousness, it isn’t just a choice or option, it’s a requirement, and the sooner everyone “gets it” the sooner we all can return home.
read on...
Posted by liss at 9:12 PM

I am a researcher, comedian, musician and writer who enjoys discussion and debate about our current calamities. I am always prepared to be proven wrong or accept mutual disagreement. My beliefs and knowledge are not concrete but constantly changing and shifting as we drain off all the lies we have been marinating in since birth. We are all equal but if it comes down to right and wrong, I am usually right.
ok.
PS: I only write the BLURTS... The other categories are collections from various alternative news sites.