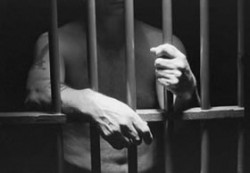 Why are Greece, Spain, Italy, Portugal and so many other countries experiencing depression-like conditions right now?  It is because they have too much debt.  Why do they have too much debt?  It is because they allowed themselves to become enslaved to the bankers.  Borrowing money from the bankers can allow a nation to have a higher standard of living in the short-term, but it always results in a lower standard of living in the long-term.  Why is that?  It is because you always have to pay back more money than you borrowed.  And when you get to the point of having a debt to GDP ratio in excess of 100%, you are basically drowning in debt.  Huge amounts of money that could be going to providing essential services and stimulating your economy are now going to service your horrific debt.  Today, citizens in Greece, Spain, Portugal and Italy are experiencing a standard of living far below what they should be because the bankers have trapped them in endless debt spirals.  Sadly, the vast majority of the people living in those countries have absolutely no idea what is at the root cause of their problems.
The truth is that no sovereign nation on earth ever has to borrow a single penny from anyone.
In theory, there is nothing stopping a government from printing up debt-free money and spending it into circulation.
But that is not the way our world works.
Instead, our national governments borrow money that has been zapped into existence out of thin air by central banks.
Now what kind of sense does that make?
Why don't our governments just create the money themselves?
If the government of Greece had been directly issuing debt-free Greek currency all these years, they would have a national debt of zero and they would not be in the middle of a deep depression today.
So why isn't anyone proposing that they go to such a system?
Instead, everyone is trying to figure out a way that the Greeks can muddle through this depression and keep paying on their unsustainable debts.
It is such a tragedy what has happened to Greece.  The city of Boston has a larger economy than the entire nation of Greece at this point.
But this is what happens when you allow the bankers to trap your country in debt.  The central banking systems of the world are designed to be endless debt spirals that systematically transfer wealth from the people through the governments and into the hands of the ultra-wealthy.
Just look at what is happening in the United States.  The U.S. national debt is now more than 5000 times larger than it was when the Federal Reserve was first created.
Greece, Spain, Italy, Portugal and the rest of the nations of the western world did not get into all this debt by accident.
This happened by design.
And we can see what happens when the system starts to unravel by looking at what is happening in Greece and in Spain right now.
The following are 11 things that can happen when you allow your country to become enslaved to the bankers....   read on...
Posted by liss at 11:37 AM