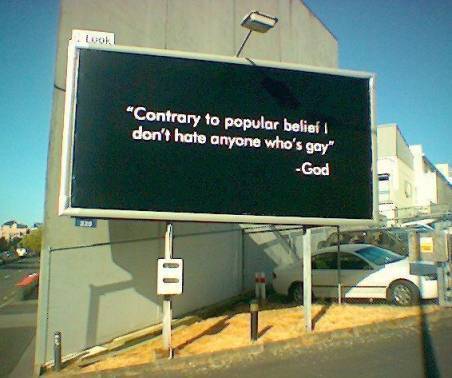 The state's landmark legislation highlights the sordid, fascinating past of homosexual 'treatments' -- from DIY electroconvulsion to testicular transplants.

(Digital Sextant/Flickr)"In general, to undertake to convert a fully developed homosexual into a heterosexual does not offer much more prospect of success than the reverse," wrote Freud, "except that for good practical reasons the latter is never attempted." But the former has been attempted regardless, in a variety of bizarre, disturbing ways. The state of California is on its way to becoming the first state to take a stand against such practices, as first its Senate -- and then, on Tuesday, its Assembly -- approved a bill banning gay conversion therapy for minors.
The Gay and Lesbian Review's history of such efforts begins in the late nineteenth century, with a neurologist prescribing vigorous bicycling to "restore health and heterosexuality." From there, methods for "curing" homosexuality get progressively stranger.
Multiple psychologists once recommended heterosexual intercourse -- aided, in one case, by hypnosis and copious amounts of alcohol -- as the most straightforward solution to conversion. Unfortunately, the other thing that wasn't curable in those days was STDs. In the 1980s, William Masters and Virginia Johnson updated the practice through the use of "sexual surrogates."
Meanwhile in Germany, replacing a patient's testicles like faulty light bulbs caught hold. It sounds like a sick Nazi experiment, because it was. Dr. Eugen Steinach, whose practice of removing one testicle from a homosexual male and replacing it with one from a heterosexual donor was, insists one writer, "a logical culmination of his experiments on the sex glands." Again, in the 1980s, this line of thinking was adapted to the idea that homosexuality begins in the womb, and a German researcher theorized that it could be prevented through the manipulation of sex hormones during pregnancy.
The same doctor who, in the 1950s, recommended brothels, also reported treating homosexuality by threatening patients with beatings. In 1963, aversion therapy went DIY, with the innovation of "a small electroshock device that would be suitable for home use." But the award for most creative attempt at convincing gays that their sexual preference is gross goes to British psychologist I. Oswald, who in 1962 "inject[ed] a man with nausea-inducing drugs, repeatedly playing audiotapes of men engaging in sex and surrounding the man with glasses of urine."
On a more sobering note, children have historically been coerced into undergoing so-called "ex-gay therapy," even though, as the American Psychological Association reports, "there is no published research suggesting that children are distressed about their sexual orientation." This March, it was revealed the Dutch Roman Catholic Church forcibly castrated minors in the 1950s, purportedly to treat them for homosexuality, but also as punishment for having accused clergymen of sexual abuse. And more recent reports of the horrors undergone by teens during forced conversion therapy continue to surface.                                                                                                                                       read on...
Posted by liss at 1:17 PM