Sibel Edmonds, who worked for the FBI.

Sibel Edmonds worked for the FBI.

She knows that the US government supports al Qaeda and supports organised crime.

Her allegations have been confirmed by journalists at The Sunday Times, a Rupert Murdoch newspaper.

Two Sunday Times journalists say that the allegations were confirmed by senior Pentagon and MI6 officials.

In her recent book Classified Woman, Sibel Edmonds describes how the Pentagon, CIA and State Department have intimate ties to al-Qaeda.

Sibel Edmonds says that the current boss of al Qaeda, Ayman al-Zawahiri, had regular meetings with U.S. military and intelligence officials between 1997 and 2001.

These meetings were at the U.S. embassy in Baku, Azerbaijan, and were part of an operation known as 'Gladio B'.

The CIA's original Gladio operation was in Europe and involved assets of the CIA carrying out acts of terrorism, including the 1980 Bologna bombing, aimed at keeping Mafia-connected politicians in power.

Osama bin Laden was used by the CIA to help break up Yugoslavia, and to weaken Russia.

She says that Al-Zawahiri and his friends were taken to various parts of Central Asia and the Balkans to take part in Pentagon-backed destabilisation (terror) operations.

Two Sunday Times journalists say that all this was confirmed by senior Pentagon and MI6 officials.

When she reported to her bosses that the US government was employing al Qaeda, her family was threatened, and she was fired.

The Justice Department concluded that many of Edmonds' accusations "were supported."

When she attempted to go public with her story, the U.S. government used the corrupt court system to silence her.

Turkish prime-minister Erdogan, said to be a crypto-Jew.

In the banned Sunday Times story, Edmonds described a mafia-style organisation in Israel which worked alongside the Turks in the illegal sale of weapons and military technology.

Israel and Turkey operated a range of front companies, supported by U.S. officials

These front companies sold military secrets to the highest bidder.

General Mahmoud Ahmad, who was friends with the CIA and with the chief 9 11 'hijacker'.

One of the buyers was Pakistan's secret service led by General Mahmoud Ahmad, from 1999 to 2001.

Ahmad, as the Times noted, "was accused (by the FBI) of sanctioning a $100,000 wire payment to Mohammed Atta, one of the 9/11 hijackers, immediately before the attacks."

In 2001, Ahmad held several "mysterious meetings at the Pentagon and National Security Council", including with CIA director George Tenet.

According to the Sunday Times:
1. "Following 9/11, a number of the foreign operatives were taken in for questioning by the FBI..."

2. The senior State Department official received a call from a foreign agent asking for help to "get them out of the U.S. because we can’t afford for them to spill the beans."

She says that "both Republican and Democratic representatives in the House and Senate came up in FBI counterintelligence investigations for taking bribes from foreign agents." 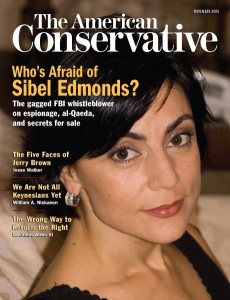 Sibel Edmonds says that the Pentagon's use of al Qaeda is an 'extension' of the 'Gladio' operation uncovered in the 1970s in Italy, part of an EU-wide NATO covert operation that began as early as the 1940s.

An official Italian parliamentary inquiry confirmed that MI6 and the CIA set up a network of secret 'stay-behind' paramilitary armies, staffed by fascist and Nazis.

The CIA-NATO terrorists carried out terrorist attacks throughout Western Europe as part of the 'strategy of tension'.

"You had to attack civilians, the people, women, children, innocent people, unknown people far removed from any political game.

"The reason was quite simple. They were supposed to force these people… to turn to the State to ask for greater security."

Gladio is a matter of historical record.

Sibel Edmonds says the same strategy of terror is now being used by the Pentagon, using Moslems.

This is Gladio B.

According to Sibel Edmonds:

"They were flown under U.S. orders to Turkey for (training and use in) operations by the Pentagon."

In 1998, NATO got Al Zawahiri's brother, Muhammed, to lead an elite unit of the Kosovo Liberation Army which has been involved in the drugs trade.

According to Sibel Edmonds, the key supporters of the CIA's Gladio B have been the UK, Turkey, Azerbaijan, and Belgium.

Sibel Edmonds says that the CIA may be using al Qaeda to help it grab energy and mineral reserves, and, help it carry out illegal arms and drugs trafficking.

"I know for a fact that NATO planes routinely shipped heroin to Belgium, where they then made their way into Europe and to the UK.

"They also shipped heroin to distribution centres in Chicago and New Jersey.

"FBI counterintelligence and DEA (Drug Enforcement Agency) operations had acquired evidence of this drug trafficking in its surveillance of a wide range of targets, including senior officials in the Pentagon, CIA and State Department..."

According to a Sunday Times journalist:

"We'd spoken to several current and active Pentagon officials confirming the existence of U.S. operations sponsoring mujahideen networks in Central Asia from the 1990s to 2001.

"Those mujahideen networks were intertwined with a whole range of criminal enterprises, including drugs and guns.

"The Pentagon officials corroborated Edmonds' allegations against specific U.S. officials, and I’d also interviewed an MI6 officer who confirmed that the U.S. was running these operations sponsoring mujahideen in that period."