Bringing The Child Abusers To Light

"In the PC Inn, Berlin police found Bosnian boys of only 12 on sale to customers."

The Independent reports that a young boy from London's Grafton Close children's home was taken to a boy brothel in Amsterdam where he was sexually abused.

This boy was not the only one taken by an elite pedophile ring to boy brothels in Amsterdam.

The boy from the Grafton Close care home was also taken to London's Elm Guest House, a boy brothel for the elite. 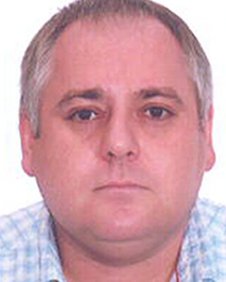 Warwick Spinks, convicted in 1995 of very violent child sex offences, committed in Hastings in the UK.

"One boy had simply been shot through the head, Terry said: he had been causing trouble and had been executed in front of several paedophiles.

"Another, he believed, had been thrown into one of the canals.

"But the one about whom he spoke the most was a boy who had been tortured and killed in the most painful fashion in the course of producing a pornographic video."

Alan Williams, the "Welsh Witch", and Londoner Warwick Spinks managed boy brothels in Amsterdam.
"Williams boasted of the day in south Wales when he had seen a 10-year-old boy on his bike, grabbed him, raped him, and, when he cried, strangled him.
"From Boys Clubs 21, he organised the importing of boys from Cardiff and London, inflicting intense violence on any who defied him.
"Spinks had been running a mail order pornography business from Brighton, before he moved to Amsterdam"
Spinks trafficking boys, as young as 10, from London and eastern Europe.

Reportedly, the Dutch told the UK police that they lacked sufficient evidence to prosecute.

And reportedly sections of the British police said they lacked the money to investigate what was happening in Europe.

Spinks reportedly made snuff movies - films in which children were murdered.

The island of Jersey had a children's home that was run as a boy brothel for the elite.

In The Mail on Sunday, 3 August 2008, Eileen Fairweather, wrote that Birmingham council illegally sent children into care on Jersey, according to a report by John Hemming, Liberal Democrat Member of Parliament for Birmingham Yardley.
According to The Mail on Sunday:
1. Member of Parliament John Hemming discovered that Children were illegally placed in care on Jersey by Birmingham social services.

The whereabouts of at least one of these children remains unknown.

2. John Hemming, believes children from other parts of the UK were taken to Jersey.
3. Hemming says: 'The Government has refused to order councils to check properly because it does not want to open a can of worms, on the links between abusers in England and Jersey.'

John Hemming
4. UK Schools Minister Kevin Brennan has told Parliament that children from the UK cannot be placed in care in Jersey without a court order.
Yet Birmingham children were sent to Jersey without such orders.
5. Hemming has asked English councils (local governments) to check their records but 'Most seem only to have done cursory checks, just checking recent electronic files, or asking around the office.'
Some councils, including Islington, have refused to check their records.

Sir Jimmy Savile and Tony Bliar
6. In Islington in North London a child sex network infiltrated 12 children's homes, while Margaret Hodge (friend of Tony Blair) was council leader.
Key staff, The Mail on Sunday revealed, were from Jersey or had strong Channel Islands connections.
Liz Davies, a former Islington senior social worker, said:
'It is becoming clear that children at Haut de la Garenne (on Jersey) were sent on holiday to children's homes in England which were also notorious for abuse, while the children in the English homes they went to were sent to Haut de la Garenne.

"They literally swapped beds...
'I am perturbed that police in Britain have not written to all local authorities on the mainland to demand they check which children they sent to Jersey.'

In 1985, 14-year-old Jason Swift was killed by a child-abuse gang.
Jason is believed to have lived in Islington council's Conewood Street children's home. (Jersey child abuse link to Islington, London)
Sidney Cooke, Leslie Bailey, Robert Oliver, and Lennie Smith, were imprisoned in 1989 for the manslaughter of Jason Swift.

Cooke
Cooke and his gang had sexually tortured and prostituted a number of boys.
The gang is believed to have killed at least nine children.[2]
Cooke was sentenced to 19 years in prison.
In 1998, Cooke was let out of prison eight years early.

The paedophile and serial killer Marc Dutroux could be freed from jail just nine years after being jailed for life for a series of child murders which shocked his native Belgium. Dutroux supplied children to the elite.

Hodge, nee Oppenheimer.
There have been allegations that very powerful people have been involved in a child-abuse ring connected to Islington children's homes. ( Jersey child abuse link to Islington, London)

She became a close friend of Tony Blair, who lived in Islington, a few doors away from Hodge.

In February 1990 Liz Davies and David Cofie, senior social workers, discovered evidence of sex abuse of children and reported it to a residents' meeting attended by Mrs Hodge.

In May 1990 Mr Cofie and Ms Davies were told by Lyn Cusack, assistant director of social services, to stop interviewing children about the abuse claims.

On 1 May 1997 Tony Blair moved from Islington to Downing Street.

In June 2003 Mrs Hodge was made minister for Children.

(Another minister under fire: call for Hodge to quit over child ...)

The Independent, 9 March 2008, had an article on missing children (Our children are missing: Most vulnerable youngsters are targeted) which tells us the following:

In 2008, according to Police figures, more than 100 children who should have be in care had been missing for at least four years.

Many children who go missing are not reported to the police.

Member of parliament Helen Southworth says: "All figures on children missing from anywhere are estimates because, astonishingly, there is no requirement for data to be recorded or collected nationally."

much more hERE
Posted by liss at 2:53 PM