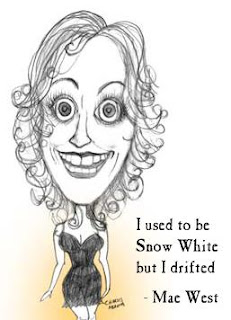 Born in Australia, Elissa is an idealist and metaphysical philosopher reveling in the freedom of speech that is the legacy of the Great comics Lenny Bruce, George Carlin and Bill Hicks. Like these comedians, Elissa remains an ’outsider’, where she may create freely and contribute to the ’revolution of ideas’.
Elissa is a gentle soul, (anger management graduate) not afraid to share her rage and revulsion at the establishment.
Elissa has had her dukes up against the best comedians, debaters, and wordsmiths in the world, carving her reputation in the combative word ring ,winning the annual YagUbi Comedy Great Debate 2007 , with accolades; then by getting 2000 punters rolling about in splits of laughter  Elissa cleaned the 2007 Woodford Folk Festival floor, then moved on to argue the negative of "Bigger Is Better" at the 2008 Bangalow The Big Joke Comedy festival .. and won again.
A Political satirist, Elissa has performed since 1996 at all major comedy venues in Australia, including The Comedy Store at Fox studios, The Comics Lounge in Melbourne, and the Crown Casino. Elissa shoots from the hip and floors her audience with her acute social observations. Other notches on her belt include : 2004 State Finalist in Australian Comedy OzSterio GOD 2000 JJJ Raw Comedy Grand Finalist.
In 2003 and 2010 Elissa performed in USA and the UK in Los Angeles, San Francisco and London to great acclaim and with invitations to return.
Elissa is also an eloquent MC and runs comedy workshops with performance outcomes, most recently at Peats Ridge Festival.
Elissa also created and performed 3 x hour long sold- out shows
1999-’ELISSA HAWKE IS FRANK, BRUTALLY’
2000 - ’Ohhh...PLEASE LOVE ME’
2009- 'NEW GIRL ORDER'
for the Melbourne International Comedy Festival.
Described as
"Nonchalantly structured, delivered effortlessly by a charming showoff."
- THE AGE
"The new leader of the revolution..."
- ROD QUANTOCK
(cont.see reviews page)...
.


With uncompromising universal truths Elissa charms; whilst simultaneously pricking audiences with observations of her frustration at the lies of governments and the media smothering reality. 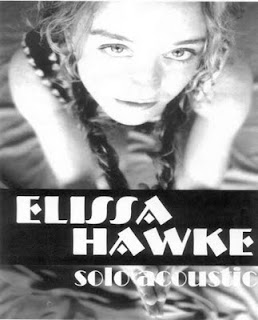 This is my third album as a singer songwriter
KOTODAMA 2007 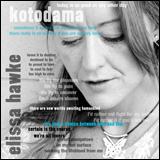 Previous albums THE QUEENDOM OF GODDESS (2002) 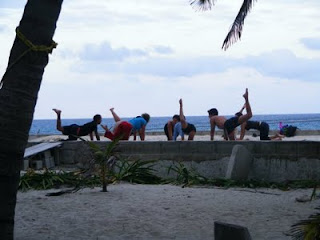